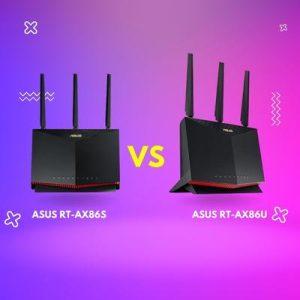 Hy! Today we are going to review Rt-Ax86S Vs Rt-Ax86U. Lots of matters are present in both these AsusRt-Ax86S and Rt-Ax86U routers, which makes them significant individually.

In the middle of 2021, Asus released the RT-AX86S. This model has many same features and specifications as RT-AX86U. However, both of these models are different in many mean as well.

However, both these RT-AX86 series arises many questions-since Asus call these model almost the same series-people often get it wrong thinking both these are the same router!

By the name, Asus make these routers different only by the Capital word S & U! So, I saw many expert suggestions on behalf of the S version-perhaps this version is cost savers and available more!

Whatever, if you found both are at the same price, I do not think there is any reason to choose the S version!

So, let’s come now to the point! Are you on the way to purchasing the best Asus Wi-Fi router covering anyone from these two? If so, today’s post is solely for you!

After attending today’s session-you own will be capable to decide the best from ASUS rt-ax86u vs rt-ax86s. 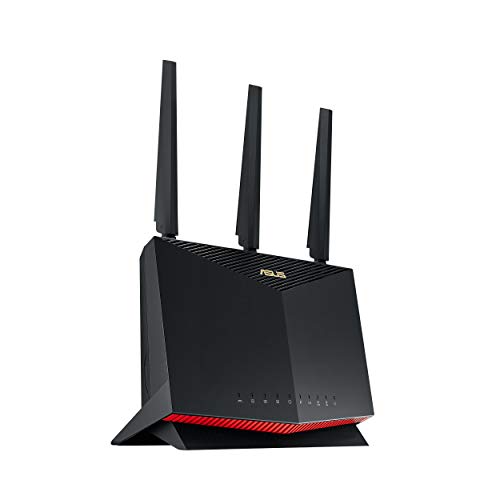 Before reviewing ax86u vs ax86s, few things you need to know must! Only the same series doesn’t indicate they are in the same manner! Yes, entirely almost they are two different routers. Both is Wireless Dual-Band Gigabit Gaming Router. However, we will discuss their difference by considering a few significant parameters. Suppose-Their Looking Value, Features, and Specifications, also with few Gaming Changing dissimilarities in between these popular Wi-Fi routers nowadays.

The setting and the network feature also are the same both of these. They contain the core ASUS Gaming related features. Also, they feature a few Gaming Related Characteristics too.

After inserting this table, just one thing has pinched me several times! Like the Asus Wi-Fi 6, these two models are also more like the same. Till now I have not gotten any mentionable difference between ax86u vs ax86s! However, let’s continue further to see what makes so different these two wi-fi routers.

The RT-AX 86S is way too less with the absence of a 2.5Gbps Multi-Gig port on its back. But both the WAN and the LAN (4) itself are Gigabits. So, you can use the RT-AX86U as a satellite (with Wired Multi-Gig AiMesh Setup). The S version does not support this. Also, both in the Gigabit, and Gig+ Broadband, the U version can go with full hosting!

The U version contains the highest powerful Processing Power. You can utilize this version almost doubling the RAM along with the running of a Quad-Core CPU. That makes good sense for good responsiveness.

Asus RT ax86s it’s an awesome integrated modem. You can call this modem a Modem/Router. Or only the router.

What is the difference between the Asus RT ax86s and RT-AX86U?

The U version is more expensive and has more Powerful Processing Power. It can run the Quad-Core CPU. And you also can utilize it to almost double the RAM too. The U has USB 3.0 Ports (2 ports). But the S version has only 1 USB 2.0 Port. The S version is cheaper. However, my preference is the U version.

Most probably the S indicates the word Stripped-Down! It is my assumption! I saw this indication somewhere might be! I got the new version is something less than the RT-AX86U version.

Asus do the same previously too! Their RT-AC88U and RT-AC3100 also with the same specs only difference is in their LAN ports. So, people from that time also were a bit confused, in the same way, we are being confused with the RT-AX86S and RT-AX86U.

Undoubtedly both are good routers! The updated one (RT AX86S) contains an additional Multi-Gig Port, Extra Processing Power. That’s it.

If I need to choose the best one from Rt-Ax86S Vs Rt-Ax86U, the latter one would be my preference! Though it is expensive, it is more qualified to choose it in a heartbeat.

Finally, if you are trying to get Wi-Fi coverage for your large home, use anyone from these two with the AiMesh Setup. The combination of the Asus Dual-band routers with one of their AiMesh Setup will make a good pair to offer you extremely.

That’s all for today.